All modern microfluidics research is based on the generation of small channels in polymer matrices. Polydimethylsiloxan (PDMS, “Silicone”) is still the most widely used material for this purpose. Conventionally, channels inside PDMS are created by soft lithography: PDMS is poured over a master (mould) which is a negative of the chip design. PDMS is peeled off and consecutively sealed with a lid by bonding. This process requires several steps, including at least three steps for the generation of the master structure by photolithography and the parameters of the bonding process are not easily controllable. Furthermore, circular channel cross sections, which are especially interesting for mimicking in vivo environments (veins, arteries) cannot be produced by this method. Therefore we developed SLSL (Suspended Liquid Subtractive Lithography), where an immiscible liquid (surfactant pluronics PE3100) is introduced into the uncured PDMS matrix by a thin needle mounted on a 3D printer printing head.

Illustration of channel creation through conventional soft lithography and SLSL. In soft lithography the polymer (PDMS) is structured by pouring on a negative master mould and consecuitve sealing of the strucutre. In Suspended Liquid Subtractive Lithography channels are created through immersion of an immiscible, density-matched liquid (surfactant) through a capillary on a 3D printer. 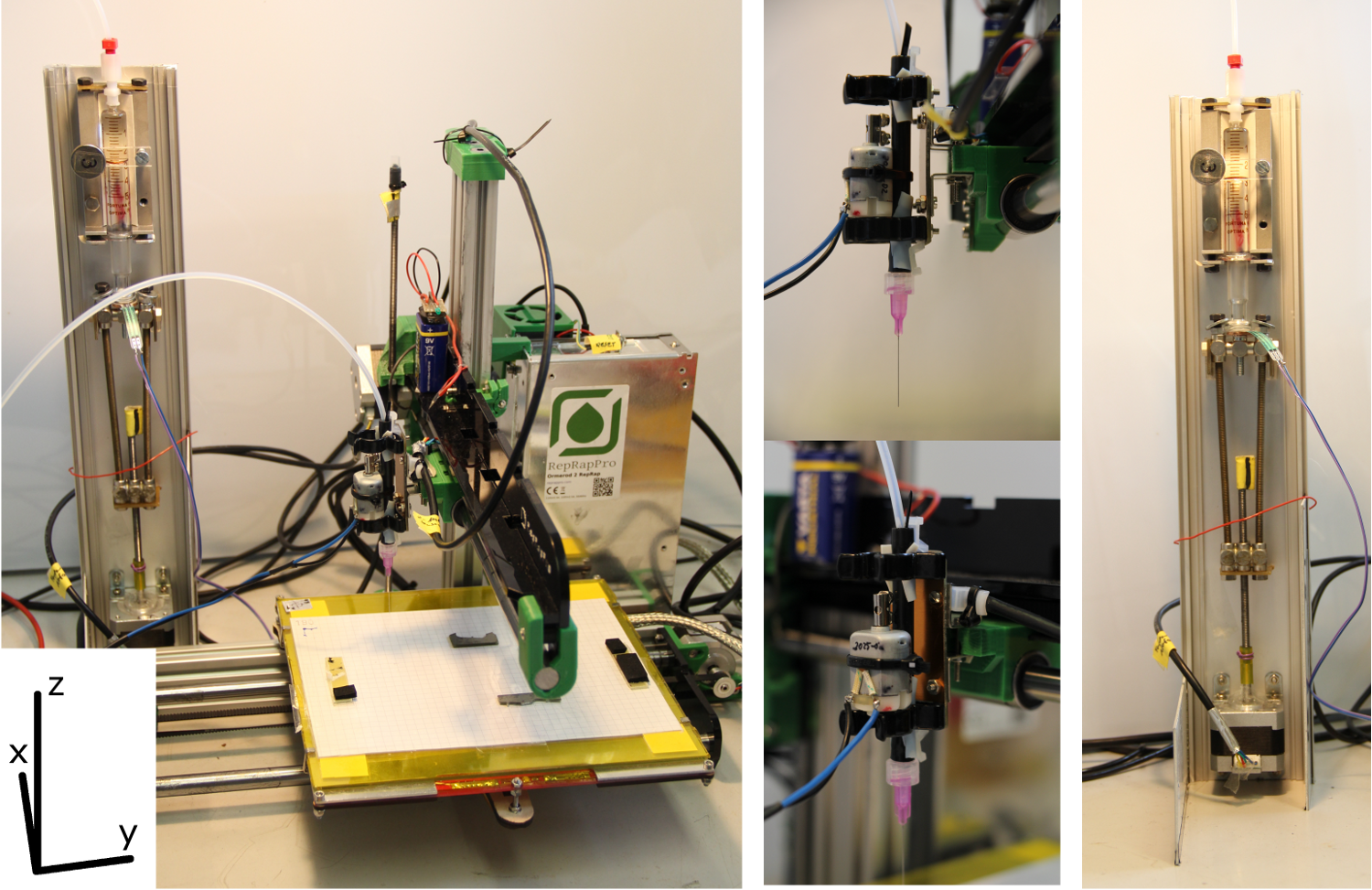 Exemplary set-up of the 3D printer used for SLSL. A RepRap Ormerod 2 was equipped with a capillary connected to a syringe pump.

With SLSL, the dynamic change of channel diameter is possible by adjusting the amount of extruded liquid during printing. The production of membrane valves was also demonstrated.

Channel thicknesses can be dynamically changed during printing. Classical membrane valves with a membrane of 200 µm between channel and valve reservoir.